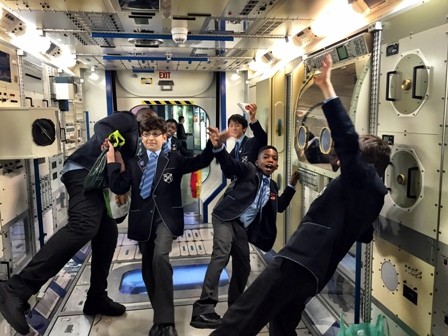 On Wednesday, 28th of June the Year 8 pupils went to the National Space Centre in Leicester. It was a 2 hour journey to get there but it was more than worth it! Most of the exhibition was, obviously, about the universe and also about the history of astronauts and space missions. There was even a real-sized mock-up of the ‘Columbus Module’ which is in the International Space Station – we were amazed to see so many machines used to run the spacecraft! In the planetarium, we also learnt how the astronauts train themselves to get into space and how the spacecrafts are made. It made us feel a bit dizzy but was such fun! We also got to see other interesting things, for example the World’s first sci-fi movie about people going to the Moon, made in 1902 by George Melies. It was such a fun and exciting trip!